Defender Strange: Everything to Know About Doctor Strange’s New Variant

‘Doctor Strange in the Multiverse of Madness’ will have not one or two, but three variants of Doctor Strange with different agendas 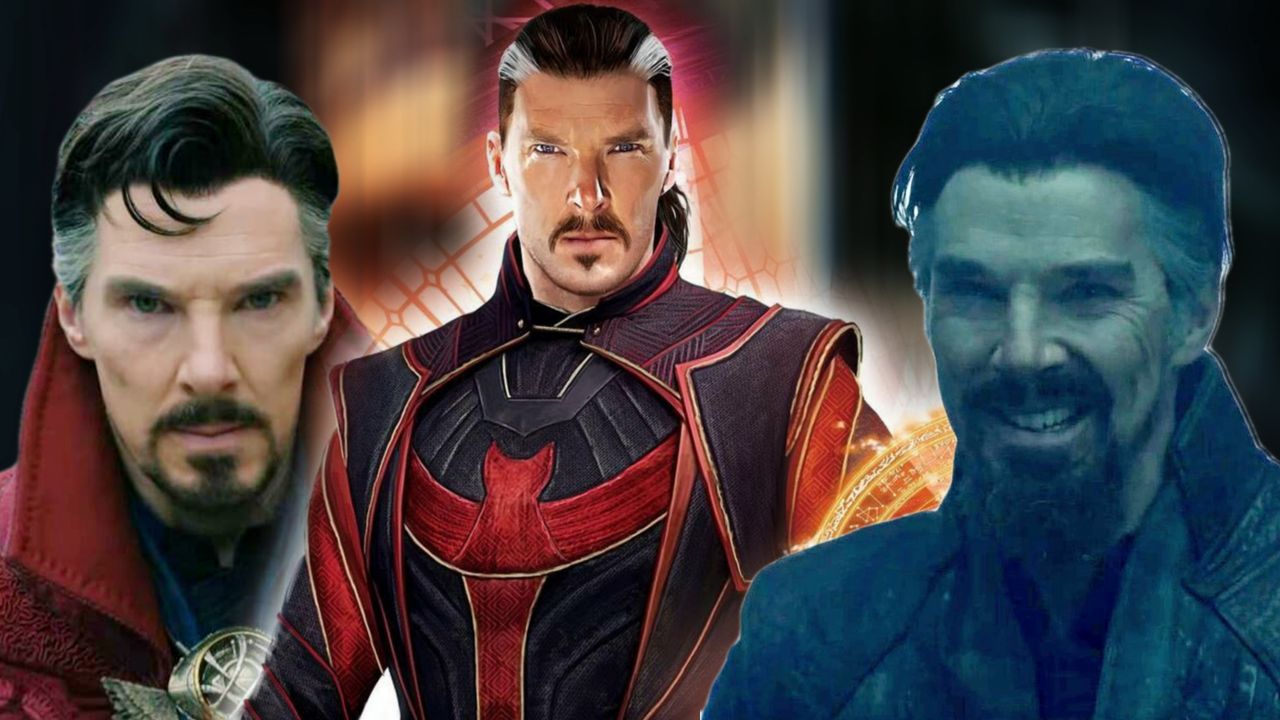 ‘Doctor Strange in the Multiverse of Madness’ is not just going to be the biggest MCU movie but probably the biggest cinematic event of 2022. Everything regarding the film so far has hinted it to be an Avengers-level mega event, which will see multiple Superheros uniting against the enemy.

Apart from the rumored cameos, the trailer has already confirmed the presence of Doctor Strange Supreme (an evil variant of Doctor Strange also played by Benedict Cumberbatch) in the film. However, somehow we ignored another variant of Doctor Strange, who can be seen for a fraction of a second in the teaser trailer. We are talking about Defender Strange, also played by the same actor, whose latest promo art has given us the first official look. Both in promo art and the trailer, Defender Strange can be seen sporting a ponytail with a white lining of hair on either side of the head.

Watch ‘Doctor Strange in the Multiverse of Madness’ New Trailer, that Teases X-Men, Iron Man Variant, the Illuminati, and gives a better look at Defender Strange.

So, who is this Defender Strange, and is he an evil variant like Doctor Strange Supreme or a protector of the realm like MCU's Doctor Strange?

Defender Strange, as the title indicates, is a member of the Marvel superhero team known as The Defenders. They are portrayed as a "non-team" of individualistic "outsiders" who have a history of following their own agendas in previous adventures. The crew frequently faces mystic and supernatural threats. The original iteration in the comics was headed by Doctor Strange and included the Hulk, Namor, and, finally, the Silver Surfer. A limited TV series set in the MCU titled The Defenders was released in 2017 on Netflix, with the team consisting of Daredevil, Jessica Jones, Luke Cage, and Iron Fist.

In the first comics, The Hulk, Namor, and Doctor Strange together fought against a man called Necrodamus! Below is the full summary of what happened when these three teamed up. The Hulk is prowling through the woods until Namor, The Sub-Mariner falls from the skies and stops him. When Hulk discovers the prince of the sea locked in a weird energy shield, he flies to New York to seek the help of Dr. Strange, the only person the brute believes can save him.

After taking Dr. Strange back to Namor's body, they cannot find a way to free him from his energy shield, and the prince of the sea is soon transferred elsewhere. Following him to a cave, they discover Necrodamus, a demon who is waiting for the perfect star alignment to sacrifice Namor to the Undying Ones.

In a battle with the Hulk, Namor, and Dr. Strange, Necrodameus fails to sacrifice Namor to his masters, despite being given a new body. His abilities are revoked, and he is sent to an unknown location. Following the battle, Namor claims that he was struck down by none other than The Silver Surfer, the sentinel of The Skyways, causing Dr. Strange to track out The Silver Surfer.

When Necrodameus attempted to execute a similar sacrifice among the air-breathers on the surface world, he was destroyed by the Scarlet Witch, who swept his soul into Hell.

Namor is currently rumored to appear in Black Panther: Wakanda Forever, which will also introduce a new Black Panther taking up the mantle. There are a bunch of rumored cameos set in ‘Doctor Strange in the Multiverse of Madness,’ and it won't be shocking if we get to see Namor alongside Defender Strange for a short period. While other members keep changing, Defender Strange has a constant appearance along with Hulk throughout the Defenders comics series.

The official details about Defender Strange in the Multiverse of Madness are still unknown. We cannot say for sure what will be his origin story but since he is a variant we cannot expect the film to go into many details.

Directed by Hollywood genius Sam Raimi, who has expressed a unique worldview, ‘Doctor Strange in the Multiverse of Madness’ will release in theaters on May 6, 2022.