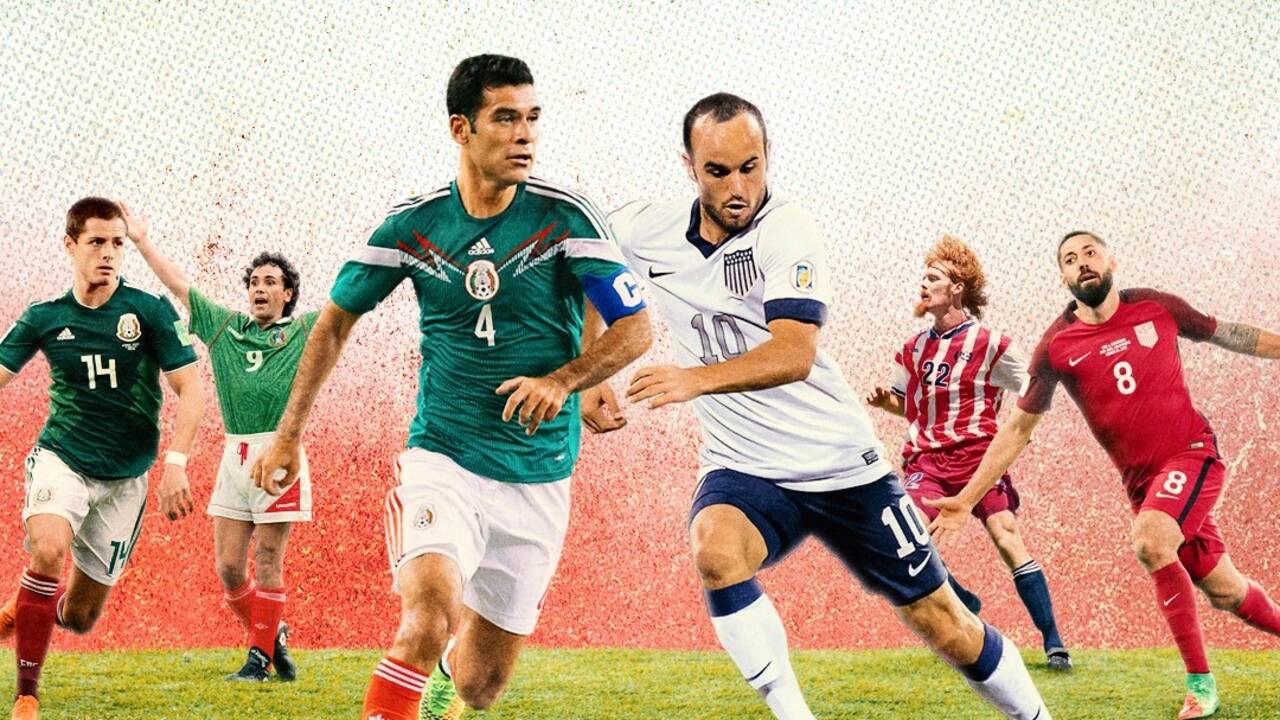 Good Rivals is about the rivalry between the US and Mexico in the field of soccer, but the series zooms out and includes a larger picture beyond the boundaries of the stadium. Along with keeping us up-to-date with the world of soccer, Good Rivals informs us about the mindset existing in the two places separated by a border. We learn how the Mexicans considered the citizens of the US as powerful and highly developed. In fact, the Mexicans who used to have a job in the US gained a haughty attitude towards their relatives and friends. Meanwhile, the people in the US, who knew what soccer was, considered Mexicans to be brilliant soccer players. After all, Mexico did take pride in dominating the US in the field of soccer.

I am referring to the US and Mexico as if they are two countries on opposite ends of the pole. But that's true, no? Sure, Mexico is a country in North America, but they are treated differently from the Americans. The border in the middle makes a difference. Its walls unequally distribute power and respect between them. Any citizen from the US is welcomed with open arms in Mexico. However, if someone from Mexico goes to the US, they are not given a warm welcome. In other words, Mexico is like an awkward neighbor in the backyard of the US. And then there are politicians like Donald Trump who unashamedly generalize all Mexicans as criminals.

This means there is political tension between the two places, and all this feeds into the game. The history and the political lesson are important because only then can you understand the pressure that arises during a Mexico vs. US soccer game. Only after learning that Mexico had been beating Americans at soccer for a very long time can you comprehend the latter's joy after winning matches against Mexico. With time, both sides gave way to better players, and by the 90s, promising talents were present on both teams. A US-Mexico match is somewhat equivalent to an India-Pakistan cricket match. For the fans, it's not just a sport; it's a battlefield. Hence, you see players physically assaulting their opponents and giving them swollen eyes and bleeding skins in Good Rivals.

Whenever a new interviewee/ex-sportsman is introduced, his current image is placed on the left side of the screen, and the right side is filled with his old image. The contrast gives the impression of watching two different persons living in the same body. The younger one on the right side used to play soccer, meaning he was physically active. On the other hand, the man on the left, being interviewed in the present, sits calmly on a chair and recalls an old incident. He seems very laid-back. The difference does not merely exist on the surface. They have also changed from the inside. A player sincerely regrets hitting his opponent during a game, while another looks back and feels pity on his past self, whose ego shot through the roof after winning a couple of matches.

Good Rivals is clearly made by someone who is also passionate about soccer. The enthusiasm seeps through the frame and infects us with its manic vehemence. As a result, even if you have no interest in soccer, you will thoroughly enjoy Good Rivals. Watch out for the scene with two buses mentioned after the US' win at the 2002 World Cup. Every word, every emotion feels palpable.