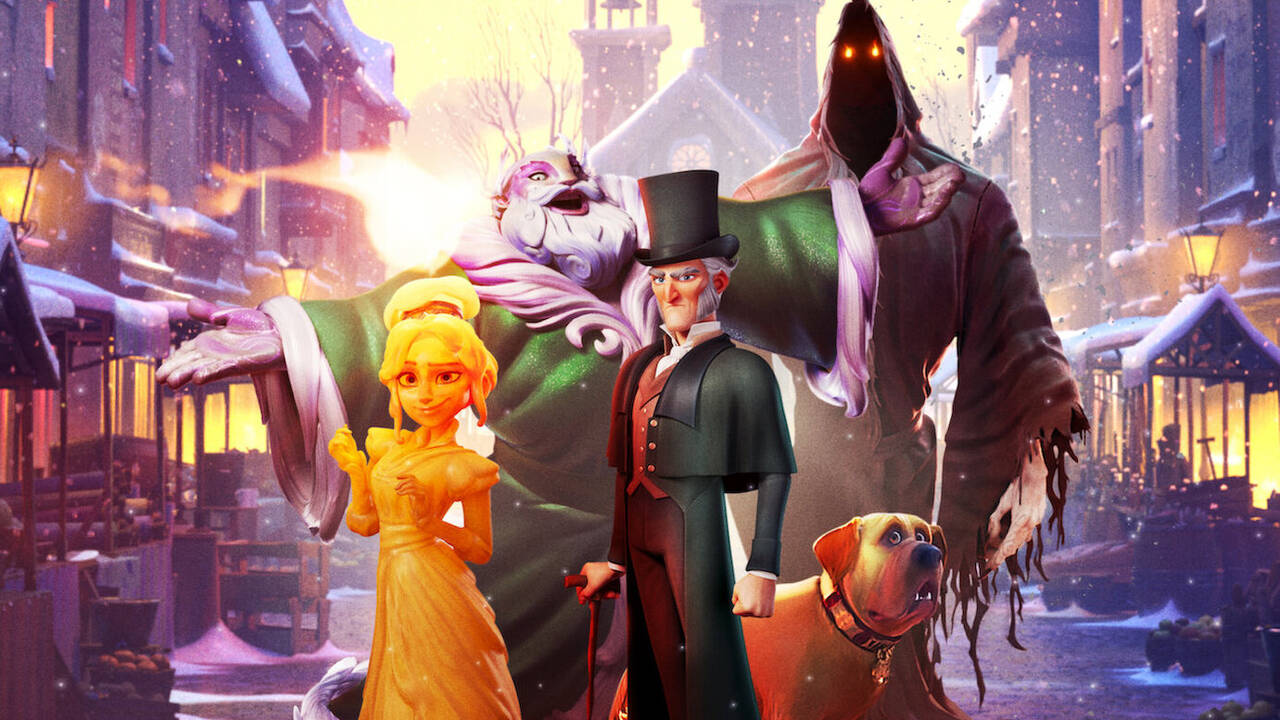 When I was hurrying home to watch and review Scrooge: A Christmas Carol, a friend accompanying me remarked," they made another one?"  I just shrugged in response because they indeed made another retelling of Charles Dickens' old classic cautionary tale. We all know the story of Ebenezer Scrooge, and over the years, we have witnessed various renditions of it in films, plays, and animation. But this one is a little different. It veers off the script to give our dear old Scrooge a bit of leeway.

There are two notable changes made to the story. One is Scrooge hating Christmas because he lost his sister Jen to childbirth that very day and the second is him hoarding money because he experienced financial insecurity in his childhood. This is a stark departure from him hating the holidays because he considers Christmas full of wasteful spending and hoarding money simply because he's greedy.

This little change adds a lot to the movie as it helps us sympathize with our lead a little more. Apart from this, we all know this tale that's almost as old as time. Ebenezer Scrooge (Luke Evans) hates Christmas. So three entities of Past, Present, and Future guide him on a better path. The voice cast that boasts of Fra Fee (Harry), Johnny Flynn (Bob Cratchit), Olivia Colman (Ghost Past), and Trevor Nicholas (Ghost Present) does a splendid job of bringing out the personalities of each character.

But what actually kept me engaged in this film was the flawless and unique animation. The Three Ghosts differed in their personalities, and the music allocated to each fit them perfectly. The transition shots are smartly used, like the frosted door knob transitioning into the moon. All this helped the story flow smoothly.

The music also helped the story move along, and the variety in the songs helped me stay attentive. I Love Christmas, Christmas Wishes, and Tell Me were three songs that were standouts for me. However, the story does drag during the last 40 minutes, and all the colorful magic, great animation, and good music can't stop one from feeling bored.

But I can't blame director Stephen Donnelly for that. After all, it's hard to reinvent a story that gets told every Christmas. However, cutting the movie short by about 10 minutes and pulling back on the number of songs would have made this movie hit its mark. But I give full marks to the cast and crew for doing their best. Overall, if you are looking to immerse yourself in Christmas festivities with your family, then Scrooge: A Christmas Carol is a great place to start.